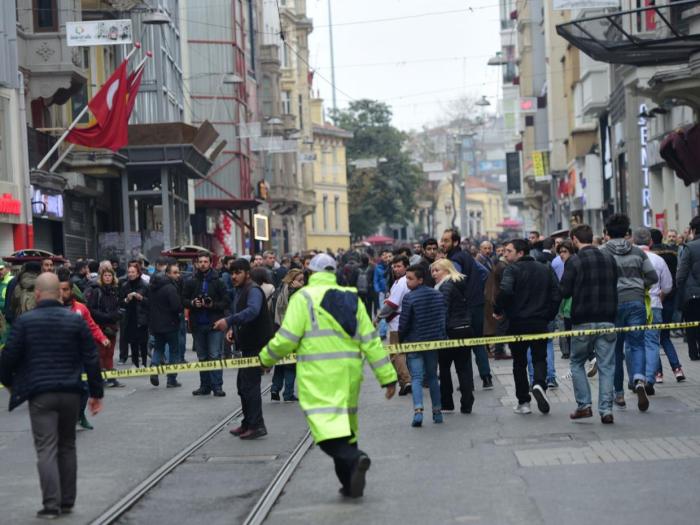 A suicide bombing has left at least five people dead in a busy shopping area popular with tourists and locals in Taksim, Istanbul today.

news and picture from: http://www.independent.co.uk/news/world/europe/istanbul-explosion-injuries-reported-as-tourist-shopping-area-hit-by-blast-in-turkish-city-a6940706.html

My title definition “trust and stability environment” is used by Tayyip Erdogan in almost every meeting. For example where did he use:

“Prime Minister Recep Tayyip Erdogan, has spoke at meeting DEIK Business Council 11.11.2015
-The election environment has provided stability and trust. Uncertainity and hesitant environment has been elimineted after 7 June election.”

“His speech at parliament 10.12.2013:
After a long time, Turkey gained the trust and stability environment with AKP government.”

“He had said by alluding to Artvin-Cerattepe protestors 01.01.2016:
One of the first targets of attacks to undermine the trust and stability in our country in recent years has been always energy investments”

And many times; these are the just the news that I could find easily at first glance when I search at google by typing “trust and stability environment”.

As long as he and the others of AKP politicians say “trust and stability environment”, it doesn’t effect to any terror decreasing.

The other side, HDP’s(Kurdish party at parliament) thoughtless politics. -like, two HDP deputies went to the funeral home of suicide bomber of second Ankara bombing for condolences-

Already HDP has never showed real react against PKK terror organization. One day they show sympathise to USA politics, the other day show sympathise to Russia politics. They look like be an instrument of terror events by wrong judgment willingly or not.

Istanbul governor has said yesterday for Germany’s alarm:”source and purpose are questionable and sensational news”.

They didn’t care! Before Ankara bombing, US Embassy gave an alarm like that. But they hadn’t cared again! And the people in Turkey follow anymore to US and Germany Embassy twitter accounts. Seemingly they do care too much more their citizens.