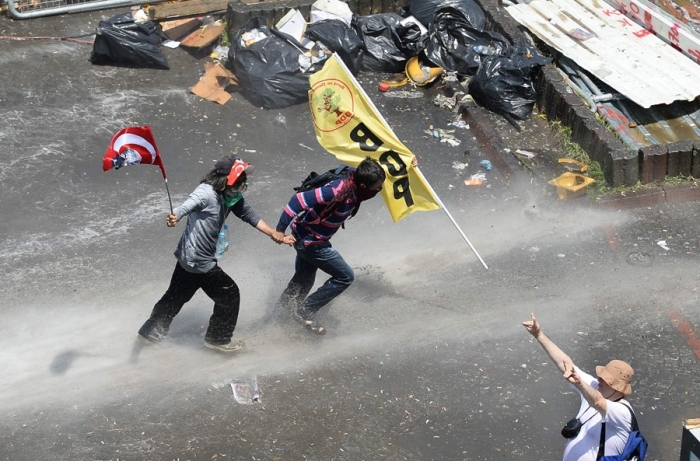 “I think this photo was one of the most important pictures of the Occupy-Gezi resistance. BDP written on the flag represents the the currently party HDP, Kurdish nationalists party. The woman with Turkish flag that represents the Ataturkist. The man who made hand sign of wolf in the lower right corner that represents the Turkish nationalist, MHP party. So basically everyone was united against Tayyip Erdogan management and his party AKP government in those days. 50% population of Turkey had merged with others against AKP(it’s vote rate 50% of Turkey population) without discrimation. That’s why, it was like a dream.”

There is much to be said on it. Just it was a dream, only I can say. Last year I have posted about this. I had written more details. And I am sharing same post again. I am sorry from those who already have read same post last year. But I don’t find enough to write more on it for myself right now.

If you want read or re-read, here it is: