“What hinders Turkey from challenging NATO is the big monopolies, which are ruling and looting Turkey today. In the final analysis, the bourgeois politics, including Islamists, nationalists, social democrats and liberals, can do nothing in defiance of the big monopolies” 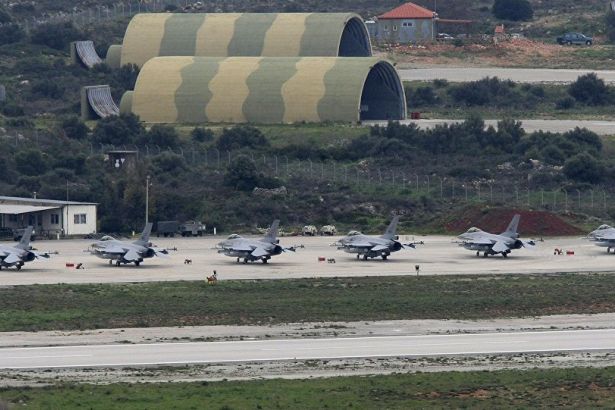 General Secretary of the Communist Party of Turkey (TKP), soL columnist, Kemal Okuyan wrote an article on November 22 regarding the recent Turkey-NATO/U.S. row sparked with the appearance of Turkish President Recep Tayyip Erdoğan’s name in a list of enemies on a poster at a NATO drill.

“Your anti-NATO stance has not lasted even two days,” yelled [Turkish journalist] Nihat Genç in his column on Odatv. He meant the nationalists who began to say “We are being entrapped, we are deviating from the West to Eurasia,” just after they bullied the U.S. and NATO.

Several times we have responded to the question, “What is nationalism?”, but let us put it here again so that what we are going to say can be more apparent:

Nationalism means not seeing your nation’s faults. In other words, showing tolerance towards the thieves, exploiters and tyrants of your own nation…

It differs from patriotism. Patriotism is the will of freeing your country from the thieves, unjust people, exploiters and tyrants.

For this very reason, our nationalists get difficulty in challenging the U.S. and NATO or fall into hesitation whilst scolding the “Western imperialism”.

Everyone says that NATO is an international organization in the service of the U.S. imperialism’s interests, which is a true description still with a huge deficiency. NATO was established in order to protect the whole capitalist system, the terrible social system dominating almost all the world including Turkey.

This is the essence of the matter even though the U.S. is attempting to use it so as to protect its interests within the imperialist system.

From Islamists to nationalists, from liberals to conservatives, all the right-wing in Turkey has been pro-NATO from past to present. This is not only because of Americanism; to put it more precisely, the interests of the exploitative system underlie Americanism and pro-NATO stance in Turkey.

Today, the question is: can Turkey’s existing system deviate from NATO to position itself into the axis of Eurasia?

This is possible in some aspects. Because the Eurasian axis is part of the current imperialist system, and is nothing but a loose alliance composed of some countries where the capitalist exploitation is maintained with the same fierceness and unruliness. For instance, the Union of Soviet Socialist Republics does not exist anymore in there; quite the contrary, the capitalist Russia exists!

In the case of Turkey, the number of capitalists may be increasing, who think that shifting to the Eurasian axis would provide some opportunities for energy sources, investment areas and new markets; moreover, that it could be easier to cut the workers’ rights as they get rid of the West’s hypocrite blackmailing about “human rights” and “democracy”.

Such are fluttering ideas, which are not adequate enough for Erdoğan to carry Turkey in confrontation with the U.S. and Germany from bargaining level to the scale of an axis shift so as to save himself.

In today’s Turkey, there is no required infrastructure and preparation for the existing system to break with NATO, the U.S.-Germany-led system of alliance albeit the deep crisis of the alliance in question.

The nationalists stand bound hand and foot. Some of them are just mouthing off in a rush to strengthen Erdoğan’s hand, and charmed by the irresistible weight of turning themselves from the finest example of Americanism into “Down with the U.S.” in one night. They somehow are accustomed to dancing to another tune. If tomorrow Erdoğan leaves the bargaining table with Turkey’s “great harmonization with NATO and the U.S.”, they may do the gulu gulu dance*.

Let us repeat that what hinders Turkey from challenging NATO is the big monopolies, which are ruling and looting Turkey today. In the final analysis, the bourgeois politics, including Islamists, nationalists, social democrats and liberals, can do nothing in defiance of the big monopolies. Proving that he could do everything to save himself, Nor could Erdoğan do anything. If he does, he will have to bear the consequences.

Without getting rid of the exploitative class, Turkey’s fight with NATO seems like coming out on the pitch with a team all the players of which get involved in match-fixing with the opposing team.

Despite all, what is to be done if the tension with the U.S. and NATO escalates because of Erdoğan or any other reason?

What should be done is simple; the authentic confrontation lies between Turkey’s working class and NATO, between the working class and imperialism. It is necessary to get the issue free from a confrontation between Erdoğan and NATO. It is necessary to reveal today’s dirty bargaining, to show by whom and by which class Americanism became a state politics, and to struggle in order to immediately get rid of whatsoever paving the way for coups or intervention in internal affairs.

If you are in power, you cannot struggle against NATO without withdrawing from it. One cannot challenge NATO as long as the NATO troops exist in this country. It would be futile to say “Turkey is a prestigious member of NATO” while instructing some incompetent spin-doctors to pen articles, “We will wage a war with the U.S.”.

Shut down the bases, withdraw from NATO, inform the people about the entire secret agreements signed with the NATO terror organization and the ongoing covert operations.

Then, we will provide support to the full extent.

In any case, it would be good to see this organization, which has always plotted against humanity, crack or suffer.

It is good because the capitalist system would be weaker, more defenceless and fragile against the working class without the NATO umbrella. It would be difficult to remain injustices, tyranny and inequalities. It would be impossible to discipline awakening people with the “NATO stick”.

Na to kefali, na to marmaro, “here is the head, here is the marble”, is a Greek phrase, the Turkish interpretation of which fits very well:

*Okuyan refers to Turkey’s former Prime Minister Necmettin Erbakan, one of the leaders of political Islam and President Erdoğan’s predecessor Welfare Party. Erbakan is known with his renowned description of political protestors at the time: “like children doing the gulu gulu dance”.

**The Greek phrase’s Turkish version, which is literally connoted as “NATO head, NATO marble”, is used to describe the “thickhead” people. As a sort of mumpsimus, many people in Turkey erroneously relate the phrase with the abbreviation of the North Atlantic Treaty Organization. Playing with the words here, Okuyan refers to the negative impact of the word “NATO” in Turkey.