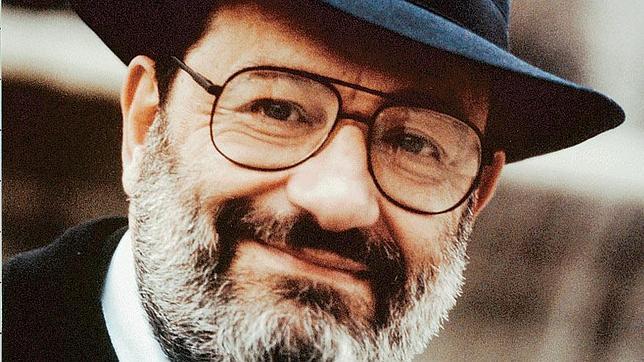 I had written following lines at my new year beginning post at December 31, 2015:

“I do not believe the religions’ god, you know. Religions’ god seems to me as fantastic hero. Maybe worse, because he doesn’t answer any help calling of human being… But I believe there are some gods on this planet. Iron Maiden is god of Heavy Metal like Judas Priest for me… And much the same music there are the some literature gods like Isaac Asimov, Umberto Eco, Aziz Nesin or etc for me. And my music and literature gods always answer my call in everywhere I am. Thank you all!”

I don’t know what should I say… Actually, I feel anger! Why he died! While all f**king men and women (especially politicians) are living, why the people who give a force to moving forward of humanity are dying!

When Umberto Eco was discussant of a symposium at Bosphorus University, Istanbul 150. years establishment anniversary at April 10, 2013, he had said that day:

I guess, he was convinced anymore that all people are stupid into last 3 years and he could died. How wouldn’t he convince? The wars, injustice and all stupidity to be made for greed and money! And the people are sleeping still like sheeps!

Anyway, I feel still anger, as you can see…

With all my respect, rest in peace great human Umberto Eco! And thank you for all your brilliant words and ideas which lightened my life on this planet!

This cover belongs to the most famous Russian children’s magazine Murzilka, issue No:11-12 , 1939. As it is seen, this issue is composed of Georgy Sedov’s story. Its journey started in 1937 and ended in 1940. This icebreaker’s name was given in commemoration of the famous Russian explorer Georgy Sedov Yakovlevich. The name of the other icebreaker, which salvaged to it in 1940, was the Stalin. Already, at the cover image, the writing of banner, which the people hold on the shore: “Hello, Comrade Stalin”

Murzilka has been still publishing from May, 1924 to the present.