The people will send their resolutions and propaganda in the dustbin of history.

“With 535 votes in favor, 66 against and 52 abstention, on September 19th, the outrageous anti-communist resolution by the European Parliament, which once again confirmed that EU is the flagship in the anti-communist campaign.”

“Art.12 The European Parliament requires the European Commission to finance anti-communist campaigns through projects already approved as the “Rights and Values Program 2021-2027” endowed with 642 million euros. “[Then we ask who finances VOX]

I have checked the European Commission related link in English pages and I have found this one from this link: (May 30, 2018)

At a time where European societies are confronted with extremism, radicalism and divisions, it is more important than ever to promote, strengthen and defend justice, rights, and EU values. For instance, this programme will help fight inequalities and discrimination, better protect children, and improve judicial cooperation to better fight criminality and terrorism. The Fund will contribute to the further development of a European area of justice based on the rule of law, on mutual recognition and mutual trust. It will also enhance and support the key role of Non-Governmental Organisations and civil society in promoting, safeguarding and awareness raising for EU common values and ensuring people can enjoy their rights.

The creation of the new Fund represents a simplification as compared to the current situation of 3 programmes. In particular, the area of citizenship, which is currently dealt with by 2 different programmes, will be covered by the new Rights and Values programme.

Already the resolution is starting with these words:
“The European Parliament,
having regard to the universal principles of human rights and the fundamental principles of the European Union as a community based on common values…”

So, it seems that anti-communism campaign fund already set in 2018. 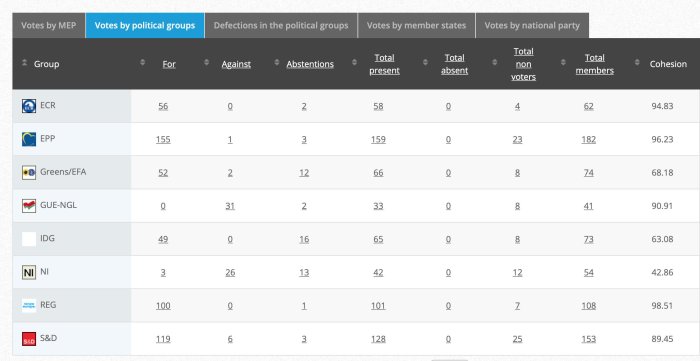 In here you can see which group gave favor, against or absentions for resolution. S&D Group is interesting in here, because inside it Labour Party UK members, I do not know what were their votes but yes they are the ones who call themselves comrade, haha!

In here also, you can listen KKE- Communist Party of Greece member Κωνσταντίνος Παπαδάκης-Kostas PAPADAKIS’s speech against EU parliament’s resolution debate. (he is also from NI group) its English.

All speeches of the members for the resolution in here as written, if anyone wants to see who said what.:) https://www.europarl.europa.eu/doceo/document/CRE-9-2019-09-18-ITM-017_EN.html

Besides, Russian Foreign Ministry Spokesman M.V. Zakharova respons to a question from RIA Novosti Agency regarding the adoption by the European Parliament of the resolution on the Importance of Preserving Historical Memory for the Future of Europe from here:

“The Russian Foreign Ministry is trying to refrain from commenting on the activities of the European Parliament. However, in this case, they are forced to make an exception, since we are talking about the next round of gross falsification of history…The European Parliament marked yet another outrageous attempt to equate Nazi Germany – the aggressor country – and the USSR, whose peoples liberated Europe from fascism at the cost of huge sacrifices…By hushing up the pages that are unpleasant for themselves and interpreting the “retouched” version of events at their discretion, the European Parliament finally loses touch with reality. But it is such that in a number of European countries they rehabilitate Nazi criminals, mass rallies of Waffen-SS veterans and their supporters take place, neo-Nazi organizations feel at ease. This is a true threat to the fundamental principles of democracy and human rights…We consider unacceptable a distortion of the past. History, in our deep conviction, should remain the destiny of responsible professionals, and not politicians who use it for their narrowly selfish purposes.”

I did not translate upper lines from Russian, google translate did it; I am lazy today.:))

The Communist Youths present in Athens, on the occasion of the 45th Communist Youth Festival of Greece (Odigitis Festival), condemned the anti-communist resolution of the European Parliament. Communist party youth organizations of 36 countries issued statement.

And here its the text of that resolution my earthling friends: http://www.europarl.europa.eu/doceo/document/B-9-2019-0100_EN.pdf

According to resolution, Communism is equal with Nazism and a number of measures such as the ban of communism symbols and the remove of monuments are required. My all earthling friends, are you aware of the danger?

ps: Actually this week I was going to make a post about a different thing after the summer. But this is urgent and it needs to be primary.